It’s a new church year in a new church. But even though the year officially started with the First Sunday of Advent, for me it started on October 31st when I celebrated Reformation Sunday for the very first time.  It was a beautiful and bittersweet milestone in my life that I never expected would happen. 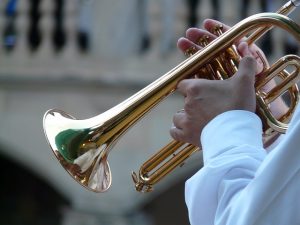 There was a brass ensemble calling us to worship; the choir (which I joined even before filing my new member registration) sang two perfect hymns, one extolling the Word of God and God’s grace, the other which reminded us to “always remember when the shadows fall, you do not walk alone.” The pastor spoke about the “revolutionary” words of Jeremiah 31:31-34 (when the Lord promises “I will put my law within them and I will write it on their hearts”) and the “radical notion of grace” proclaimed in the reading from Romans 3:19-28 and John 8:31-36.  God has already met us and claimed us where we are, he said, and “he calls us to who we might yet be.”

I could not help but dwell on who I was, a Catholic slowly finding a church home within a Lutheran congregation.  Even though one of my best friends from college had for decades joked about turning me into a Lutheran, I had never thought I would leave the Catholic Church.  But the actions of one Catholic priest and our local archdiocese this past summer had driven me into exile. On Reformation Sunday, I truly did wonder who I might yet be.

So much had changed in such a short time. I had been an active member of my Catholic parish for 25 years, teaching faith formation, leading adult Bible studies, singing in the choirs, serving on parish commissions and in the leadership of our women’s group. I had also gone back to graduate school and completed a Masters of Divinity in the midst of that period and served as the parish’s coordinator of sacramental and adult faith formation. This past April, my community had commissioned me and three others as lay preachers. Shortly after that, our pastor announced that he was retiring. I had the opportunity to preach at the beginning of Mass twice before we were notified in late June by our archbishop that the “lay preaching experiment” he had authorized now had to “pause” before the new parochial administrator arrived on July 1. At the same time, another group in the parish, which had been formed to respond to the sexual abuse crisis with opportunities for dialogue, healing and advocacy for change (hereafter called “We Respond”), was informed that everything it had previously placed on our parish website had to be deleted.

We knew that the new priest was not comfortable with lay preaching—he had said so during a meeting with parish leadership that summer. But we thought that after he got to know our parish and our lay preachers, especially the depth of our training, we might be able to resume our ministry. We were wrong.

Within one month of his arrival, our parish community had changed drastically. Before the first weekend of his service, the new priest (who had only been ordained three years earlier) began by unilaterally changing our inclusive language during mass. Within three weeks, he had forced out the parish music director, a man beloved by many who had served the community for 25 years. Before long, friends, who had gone to talk with the new priest about their concerns regarding the loss of our music director and lay preaching, were telling me that that the reason the lay preachers had been stopped was because we were “tainted” by the “We Respond” group, which, according to the new priest, had advocated heresies.

At the next Parish Council meeting, visitors were told that despite the fact that we had previously had an open forum at the beginning of the meeting in which anyone could share concerns, no one would be allowed to speak except the priest, council members and trustees. We learned that our parish would have to change its Advent decorating to bring it more in line with the “penitential nature of the season,” that the new priest had authorized the establishment of Eucharistic adoration on the request of one new parishioner, and that he saw his role as the “head” of our church body, the ultimate authority who would be the final decision maker on all matters, despite our long history of collaborative leadership.

The lay preachers wanted to arrange a meeting with the new priest, so that he could meet us and learn about our training and understanding of our role. But he made it clear that he would not meet with anyone who had been part of “We Respond.” And he was so very slow to respond to our emails. We couldn’t meet with him until September.

The meeting was, for me, painful. Although the lay preachers shared our faith stories and how we came to respond to the call to preach, the priest asked no questions and seemed to be listening only to be polite. When we asked what his understanding was of why the program had been “paused,” he told us how terrible the “We Respond” group was, how it had advocated for the end of three sacraments, how they had not accepted the Real Presence of Christ in the Eucharist.  None of this was true. But he insisted that We Respond “gave the stink to the lay preachers and therefore [the lay preachers] had to be stopped.” When we asked if he had given any thought to reviving the program, he said it might be possible to occasionally bring other parishioners up to share short stories about how they lived out their faith, “that way it would be open not just to Ph.D.s but to all parishioners.” I didn’t catch the slight at the time (I was the only Ph.D. in the lay preaching program), but I tried to explain that we weren’t primarily sharing our faith stories but we were opening up the scriptures so that when the parishioners heard them later in the service, they would reflect more deeply on the Word of God.  He either didn’t see the distinction or didn’t want to see it. Our meeting ended.

And so did my membership in the parish. But I wasn’t alone. So many of the active, faithful members of our parish left the church. Many left organized religion entirely. I can’t really speak to their reasons for leaving, but I felt I couldn’t trust our new priest (I haven’t gone into the lies he was circulating), and the fact that he was refusing to even speak with the “We Respond” group to learn the truth about them made me uncomfortable. It seemed that once someone had done something “beyond the pale” (or rumored to be “beyond the pale”) there was no examination or even chance for redemption. Furthermore, I couldn’t trust our archdiocese.  What if I joined another parish? Would it drastically change with the arrival of a new pastor? I had seen it happen not only at my own parish but at two neighboring parishes in the last few years.

I have friends who are still searching for a church home, but God had prepared me for my exile and I knew where God was calling me. During the worst of the pandemic, a friend had gotten me involved in a Zoom Bible study at her longtime church home. They were reading a book I really wanted to discuss, so I asked her to check to see if a Catholic could join their Lutheran study.  They were so very welcoming. I got to know the pastor, a brilliant and very kind man. I grew in my faith as I studied with them. And so, when I felt I could no longer worship in the Catholic Church, I emailed the pastor and asked if I could be a Catholic in exile in his community. I wasn’t sure that I wanted to fully embrace becoming Lutheran yet, I explained, but could my husband and I join in some fashion and see where God led us?

His response was peace for my soul. He wrote,

“First, we want to acknowledge the grief and loss you are going through as you step back from the parish you have been actively involved in for such a long time. We know that this is a decision that neither of you take lightly, and we want to honor that.

“We also feel gratitude that you experience a sense of connection with God and community through [our church]. We are so glad to welcome you with open arms and to walk with you on your journey.”

The journey has been a blessing so far. I am singing with the choir, attending Bible study. I’m slowly getting to know new people.  I love the pastors and their preaching; the Sunday services are beautiful, prayerful experiences that draw me closer to God.  But my journey is not without grief and pain. Every time I drive past my Catholic Church (which is nearly every time I go anywhere), I feel an overwhelming sense of loss and even anger. I did not want to leave.  As another parishioner had put it, for years I had been overlooking disturbing boulders in the Catholic world (their attitude towards women and LGBTQ individuals, to name the most obvious) only to stumble and leave over what some might call pebbles (the new priest, his attitude, and all his changes).  But then again, trust, the basis of faith, is not a pebble. And my trust had been broken beyond repair. I still love the Catholic Church, but I did not trust that I could continue to grow in faith within it.

And so I celebrated Reformation Sunday with a joyful but heavy heart, probably a bit like Martin Luther and so many others have in years past when the church as an institution resisted much needed reforms and the people felt like they had to leave to keep their faith in God and Christ Jesus. I don’t know who I might yet be, but I know God is calling me.  It was time to move on. Goodbye, I love you. Goodbye.

4 thoughts on “Goodbye, I Love You”